Destabilizing The Mid-East: Purposeful And Planned

“I think history will end up recording that at every juncture in the situation in Egypt, that we were on the right side of history.” — Barack Obama

“I think that the Muslim Brotherhood is not anything to be afraid of.” — Jimmy Carter 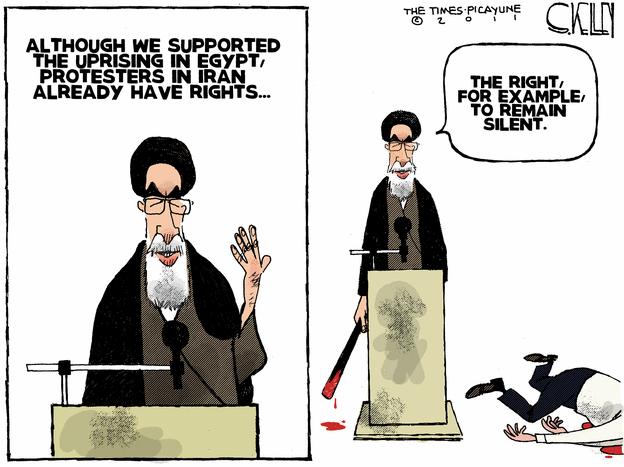 Barack Obama and Jimmy Carter, dispensing their impure thoughts to the gullible like children’s aspirin (“Take two and call me in the morning”).  A combined six year reign of these two dubious characters have done more damage to America than any foreign enemy since the British Army sacked Washington.  Hussein Obama speaks of the “right side” of history.  The only thing  he knows about the right is that he’s always on the wrong side of it.  And Mr. Peanut has perhaps forgotten (assuming that he ever knew or cared) that Mohamed Atta, the Egyptian terrorist who flew a jetliner into the North Tower of the World Trade Center on September 11, 2001, was a member of the United Engineers Syndicate,  a socialistic professional organization controlled by the very same Muslim Brotherhood that Mr. Jimmy claims is nothing of which to be afraid:

[…] In the details of [Atta’s] life are clues, tentative to be sure, about the making of a suicidal fanatic — a devout, highly intelligent and diligent student who lived and moved easily within Western society while secretly hating it.

Acquaintances say the locus of Atta’s rage, the subject that most animated him, was Egypt and the tension between its Western-oriented government and its Islamic fundamentalists

[…] It was he, trained as an architect and a pilot and belonging to the Muslim Brotherhood-controlled “Engineers Syndicate,” who had practiced repeatedly for this moment of mass murder in the tallest of buildings. A moment that arrived precisely at 8:46 a.m. as he expertly leveraged the speeding jet between the 93rd and 98th floors of the North Tower, causing the structure to collapse.

On that morning, it was Mohamed Atta — Egyptian, Muslim Brotherhood disciple, anti-capitalist — who succeeded in slaughtering 1,434 Americans in that North Tower.

[…] The Engineers Syndicate is controlled by the Muslim Brotherhood. It is an advocate of “social justice” — a keystone of socialism.

The Muslim Brotherhood is also the self-same organization the Obama White House went out of its way to invite to President Obama’s 2009 speech in Cairo.

The Muslim Brotherhood, the parent of the Engineers Syndicate that provided the ideological hot house for Mohamed Atta, is the same organization President Obama refused to condemn in his Super Bowl  interview with Bill O’Reilly.

The same organization Secretary of State Hillary Clinton praised for agreeing to participate in “the dialogue that we have encouraged” as the Egyptian crisis unfolded. The same organization outgoing White House press secretary Robert Gibbs described as one of Egypt’s “important non-secular actors.” The very same organization cited in the astounding statement by no less than the Obama Director of National Intelligence James Clapper when he said that the Brotherhood — one of the premiere Islamic fundamentalist gangs on the entire planet — is “largely secular.” A statement Clapper was forced to recant before the sun set.

Despite ex-President Peanut-brain’s senile reassurances that we have nothing to fear, what the MB always offers is fear itself, if you happen to be female or Jew or casual infidel.  Take it from that ‘moderate’ Muslim televangelist, Youssef al-Qaradawi:

Qaradawi advocates establishing a “United Muslim Nations” as a contemporary form of the calip hate and the only alternative to the hegemony of the West. He hates Israel and would love to take up arms himself. In one of his sermons, he asked God “to kill the Jewish Zionists, every last one of them.” 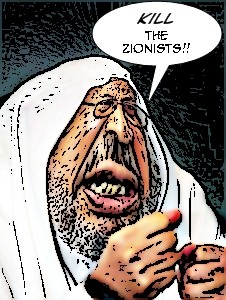 In January 2009, he said: “Throughout history, Allah has imposed upon the [Jews] people who would punish them for their corruption. The last punishment was carried out by [Adolf] Hitler.”

The imam has also developed a reputation for himself as a moderate. Many see him as a symbol of an enlightened Islam. When speaking to the Western media, in particular, Qaradawi likes to point to Muslims’ tolerance of non-Muslims and condemns the attacks of al-Qaida.

He also speaks out against the systematic castigation of wives. He calls the practice unwise, saying: “Blows are not effective with every woman, but they are helpful with some.” In other cases, the sheikh insists on equal rights. For example, he says, a woman does not have to ask her husband’s permission to blow herself up in an Israeli café.

And what of our current grinning Chief Executive, last seen bowing to that mythical creature, Middle Eastern democracy?  Despite claims from an easily hornswoggled media that the Egyptian uprising had taken his *dministration (BHO will never get an ‘A’ from this writer) by surprise, it seems that stealth initiatives designed to facilitate the toppling of governments ruled more by pragmatism than by the concepts of Sharia have been underway for years in the Marxist and Muslim infested corridors of the Obama White House:

An ex-CIA agent and counter-intelligence expert has revealed in a special report that Barack Obama has quietly appointed members of the Muslim Brotherhood to key posts within the Administration.

Events which are currently unfolding in the Middle East are a consequence of the behind-the-scenes work of Islamic advocates within the Administration.

According to reports issued by NewsRealBlog, RedState, and LaborUnionReport, secret documents released by Wikileaks indicate that the United States government has been in the process of planning social and political upheaval in the Middle East for at least 2 years–beginning during the waning days of the Bush Administration and continuing under Obama.  The goal was to push moderate Muslim dictators out the door in countries such as Egypt, while advocating so-called ‘democracy’ which would then insure the rise of Muslim Brotherhood-supported Islamists to fill the power-gap.

How would such a grand scheme be accomplished?

The reports expose a consortium of Left-wing organizations, Islamic groups, labor unions, and Obama-friendly corporations which would organize and fund a ‘youth movement’ in certain areas around the Middle East which would then take to the streets in protest against current governments.

The goal is to set in motion a domino effect, hoping that regime-change in Eqypt would spread to other nations in the Middle East, and eventually destabilize Europe, and ultimately, the United States.

Just the other day, although I already knew the answer, I wondered whether the combined missteps of the current *dministration were the result of incompetence or malevolent intent. Readers will, of course, decide for themselves. But no one as seemingly inept as Obama could ever have managed to graduate from a second-rate vocational school, let alone be elected to the highest office in the land. There is no doubt.  What we are seeing is purposeful and planned.  He even said it himself:

“We are days away from fundamentally transforming the United States of America.”

More people should have listened.

6 Responses to Destabilizing The Mid-East: Purposeful And Planned