If a man who cannot count finds a four-leaf clover, is he lucky?

Apparently a few nasty Irish winters have taken their toll on Trifolium dubium, the three-leafed clover considered the official Shamrock of the Emerald Isle.  Said John Parnell, a botanist at Trinity College in Dublin:

“The growing season this year is at least as delayed as it was last year, and therefore there is the potential for shortage of home-grown material.  We have had frost and snow showers in parts of Ireland within the past week.”

Such a turn of events must have Al Gore crying in his warm beer…er, I mean stout:

When You’re Having More Than One

On any given day 5.5 million pints of Guinness, the famou 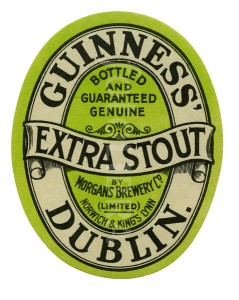 s Irish stout brand, are consumed around the world.