Clap For The Wolfmen 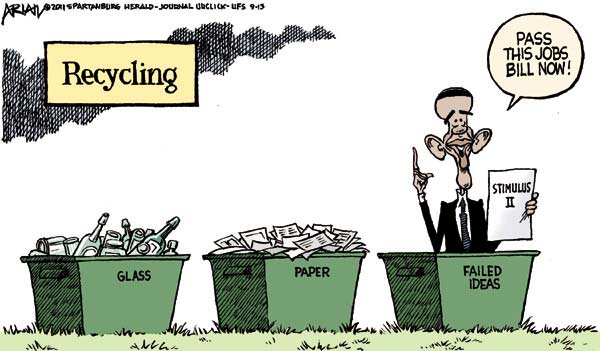 For a place that usually produces nothing but trouble, it’s interesting that Washington, D.C., a territory marked by such predatory millionaire gasbags as Barack Obama, Nancy Pelosi, and Harry Reid, boasts a median income some $34,000 higher than the national average, higher even than that of the inhabitants of Silicon Valley, folks who actually manufacture items of value.  Not bad for a district in which 15% of the residents also receive food stamps, a percentage unsurpassed anywhere except Mississippi and Missouri (statistics as of 2008).  Despite their interminable calls to “share the wealth”, a cry as alarming to the normal American as the howl of a nearby stalking wolf, the average Democrat is generally more interested in sharing your wealth than much of his own:

The U.S. capital has swapped top spots with Silicon Valley, according to recent Census Bureau figures, with the typical household in the Washington metro area earning $84,523 last year. The national median income for 2010 was $50,046. (Top Income in U.S. Is…Gasp!…Wash. D.C. Area – Bloomberg)

But—at least according to the aforementioned Senator Reid, who has managed to salt away a cool $4.6 million during his lifelong tenure as a government employee—

…Congress needs to worry about government jobs more than private-sector jobs, and that this is why Senate Democrats are pushing a bill aimed at shoring up teachers and first-responders.

“It’s very clear that private-sector jobs have been doing just fine; it’s the public-sector jobs where we’ve lost huge numbers, and that’s what this legislation is all about,” Reid said on the Senate floor. (Reid says government jobs must take priority over private-sector jobs – The Hill’s Floor Action)

The standard of living for Americans has fallen longer and more steeply over the past three years than at any time since the US government began recording it five decades ago. (A Long, Steep Drop for Americans’ Standard of Living – CNBC)

But perhaps we should excuse the aging Senate Majority Leader for his egregious misstatement of fact.  Early senility aside, how is he supposed to know anything about the private-sector? He’s never been there.  Meanwhile, the standard of living for Americans working inside the federal government has boiled up like a mercury thermometer over a barbeque pit—while the poor taxpayer sizzles on the spit.

Government employees pay taxes too, of course—except maybe for Charlie Rangel.  And there’s a lot more of ’em than there used to be:

And, it only cost you $1 trillion. (Gateway Pundit)

…and most of these newly hired public servants belong to one or another of the unions that use the dues of their members to elect ever more Democrats:

Since contract negotiations for these workers are dependent not on private corporations, but on the size of government budgets, this is the one segment of the labor movement that can actually contribute directly to the people with ultimate responsibility for its livelihood. While their giving pattern matches that of other unions (which overwhelmingly support Democrats), public sector unions also concentrate contributions on members of Congress from both parties who sit on committees that deal with federal budgets and agencies. (Open Secrets)

In earlier, less sophisticated times, contributions such as these were commonly known as bribes, and they were stuffed inside a paper sack and left inconspicuously under somebody’s Capitol Hill desk.

Meanwhile, Barack Obama continues to stump for Stimulus II, disguised this time as the Jobs For America bill,  telling a sparse and unenthusiastic crowd of Virginia firemen on Wednesday:

“A fair shot for everybody; a fair share from everybody. That’s the principle that built America.”

Not really, Mr. President.  That’s a paraphrase of the principle that built the Soviet Union:

No wonder nobody clapped.

Veteran’s Day–The stores and restaurants honoring Veterans this year. A perk you have earned with your dedicated service to our Nation and our Soldiers, Sailors, Airmen and Marines!

14 Responses to Clap For The Wolfmen