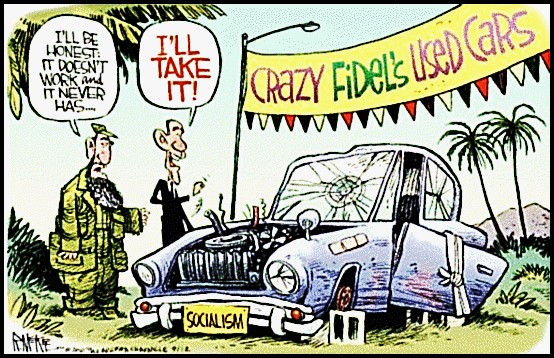 “I don’t mean that the Archangel Gabriel will appear out of the East to scourge the administration with a blazing sword, though I would pay to see that. What I’m saying is that Obama has at last taken the step that we all knew he had in him, the ultimate act of arrogance and contempt that will bring the forces of history down upon him.” —J.R. Dunn (The American Thinker, Whom the Gods Would Destroy)

“This is government by fiat that attacks the rights of everyone–not only Catholics; not only people of all religion.  At no other time in memory or history has there been such a governmental intrusion on freedom not only with regard to religion, but even across-the-board with all citizens.” —Bishop David A. Zubik

When I was a kid, there was a cautionary vulgarism used to instill a modicum of common sense into the rambunctious young: “Don’t p*ss off the Pope.”  Barack Obama, whose three years of petty tyranny has p*ssed off most everybody else, finally violated that youthful dictum:

The Obamacare Decree Isn’t Merely an Affront to Religious Liberty

There has been an extraordinary backlash to the Obama administration’s recent decree that, under Obamacare, all new private health plans must cover (among many other things) the birth control pill, the morning-after pill, and the abortion drug ella — and must cover them “free of charge” (thereby ensuring higher premiums). But the response has largely been to view this as an unfortunate side effect of Obamacare, as one instance in which Obamacare — or the decrees issued under its authority — may need to be tweaked. In truth, however, this is the essence of Obamacare: centralized power, politicized medicine, and senseless mandates that micromanage the lives of free citizens.

[…] From running up trillions in debt and deficit, to the vast expansion of the size and scope of federal bureaucracy, Mr. Obama has done more in three years to supplant our 236 year-old Constitutional Republic with a Euro-style socialist autocracy – than a lesser Marxist could have accomplished in a lifetime.

But controlling the purse strings is not nearly enough.  A central element of full-blown secular-socialism is the suppression of religious liberty – principally, freedom of conscience.

Karl Marx once said: “The first requisite for the happiness of the people is the abolition of religion.”

I Don’t Understand This Compromise

[…] the Obama Administration has, by executive fiat, determined that a private company must give away its services to a class of people it (“the Administration”) has determined should get these services.

…what is to stop the Federal Department of Energy from requiring auto insurers to provide no-cost insurance to anyone driving a car running on electricity, natural gas, or bio-diesel — to promote the use of those vehicles?

For that matter, what’s to prevent the U.S. Government from telling GM (which still owes us about $25 billion) they need to provide small, fuel efficient cars to people who cannot otherwise afford them, but live in areas that have limited public transportation?

I don’t understand where that authority comes from…

I wouldn’t wonder about it too loudly. Not after the U.S. Congress, via the National Defense Authorization Act of 2012, handed Barack Obama license to make domestic extremists like the Catholic Church disappear in the dead of night.

See also: It’s Not Personal: Why We Resist Obama’s Power Grabs – “If Barack Obama had been sitting in [George] Washington’s chair, the American story would have been — in Obamanese — “fundamentally transformed.” When Republicans and other Americans react with almost knee-jerk resistance to Obama’s executive overreach, it’s not personal … it’s historical.”