The Absent-Minded Professer and The Mummy’s Curse

Two simple words. Two simple words in the English language: “I forgot!” How many times do we let ourselves get into terrible situations because we don’t say “I forgot”? Let’s say you’re on trial for armed robbery. You say to the judge, “I forgot armed robbery was illegal.” — Steve Martin

James Clapper, head of the National Security Agency, told a Senate oversight panel that he “simply didn’t think” of his agency’s efforts to collect the phone records of millions of Americans when he testified in March that the NSA did “not wittingly” snoop on their communications.

Clapper, reprising Steve Martin’s old Saturday Night Live routine, professes to have simply forgotten about section 215 of the Patriot Act — that portion which authorizes the mass collection of phone data on American citizens.  This begs the question as to why such an absent-minded old duffer was ever placed in charge of the nation’s security in the first place. You’d have to ask Barack Obama for that answer.  And the ‘smartest man in the room’ might just tell you this: “Two simple words — I don’t remember.” 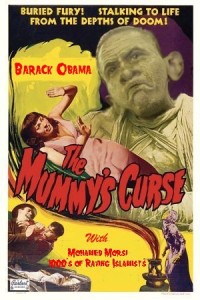 Egypt’s military has given President Mohamed Morsi and the Muslim Brotherhood the bum’s rush in Cairo, and Brother Obama is sorely peeved, threatening to cut off the cash flow that was considered vital to maintaining U.S. national security interests only a few short weeks ago.  Of course, that was when the moolah was flowing into the pockets of Brotherhood mullahs.  Who knew that national security could be so malleable?  Maybe these guys: 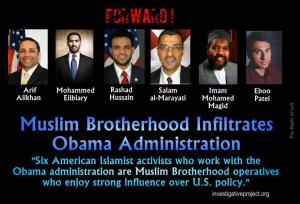 […]  you don’t have to read too closely between the lines to understand that Obama is angrier about regime change in Cairo than he ever was about the Islamist attempt to remake Egypt in their own image.

Obama stood by passively for a year as Morsi and the Brotherhood began to seize total power, repress critics and pave the way for a complete transformation of Egypt into an Islamist state without threatening a cutoff of U.S. aid. Now Obama has finally found the guts to use America’s leverage over the country but only to register his protest against the downfall of the Brotherhood …

[Obama] has made it clear again to the Egyptian people that his sympathies are not with those who want a government that doesn’t wish to impose Islamism on the country or the minority that actually want democracy but with Morsi and the Brotherhood. (The End of Obama’s Brotherhood Crush/Commentary Magazine)