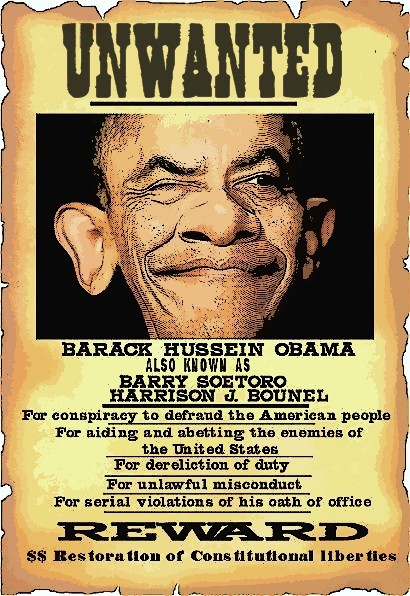 “Someone please deliver Obama the memo: He has already secured his second-term, first-term and entire-term legacy by doing more harm to this nation across the board than not only any former president but any other human being in our history.” — David Limbaugh

“King Barack I does not ‘obey’ laws – obedience is for the Little People.” — John Hayward

“High crimes and misdemeanors are not primarily statutory offenses. They are the political wrongs of high public officials—the president, in particular—in whom great public trust is reposed.” — Andrew C. McCarthy

We used to hang horse thieves.  While it’s unclear how many miscreants were discouraged by the prospect of a proper neck-stretching, it’s for certain sure that the ones who took the long drop never purloined another pony.

While politics is an even dirtier business than horse thievery, we Americans are generally reluctant to hang our presidents; hell, we don’t even impeach many — and fewer still do we actually remove from office.  But, as many a dangling defalcator discovered in the old days, the censure is there when it’s needed.  And, man, do we ever need it now. Reciting the particulars of Barack Obama’s bill of indictment would strain the leathery windpipe of a professional hog-caller.  And it grows lengthier by the day.  From bailouts to Benghazi to the Bergdahl deal that sent the high command of the Taliban back into action, Obama’s reign of error has been characterized by lawlessness, arrogance, and divisiveness at home and utter incompetence if not quasi-treasonable activity abroad.  Fortunately, the current government of the United States is not the United States.  It can be replaced.  It should be.

Ask yourself if you’re better off now than you were in 2008. Answer “yes” if you’re a homosexual, transgendered illegal alien, a Somali pirate, or a congenitally dimwitted Democrat.  For the rest of us, it’s time for a change.

2 Responses to Hit The Road, B’rack