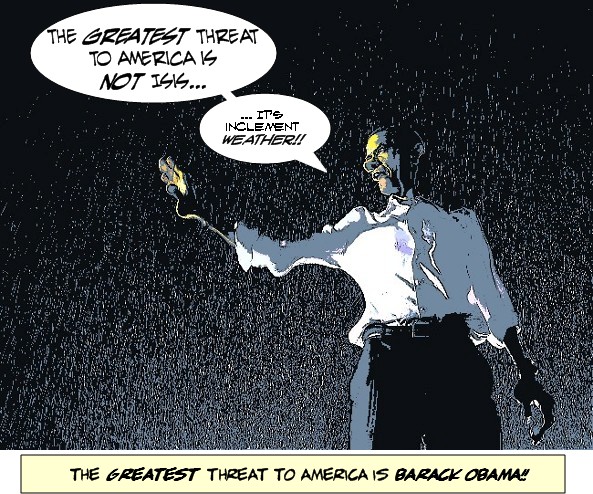 It takes a special kind of idiot to believe the weather is a bigger threat to America’s national security than a gang of fanatic Islamic killers who control a land area the size of Great Britain and a war chest bigger than Barack Obama’s ego —  and this is an administration that has just about cornered the market on idiots.  Of course, it could be that Barry and his merry band of anti-American Muz-symps are a part of the gang.  Which would explain a lot.  In fact, viewed from that angle, Obama’s heretofore inexplicable foreign policy  is perfectly logical — and completely malignant. 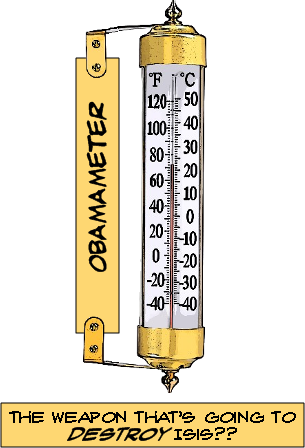