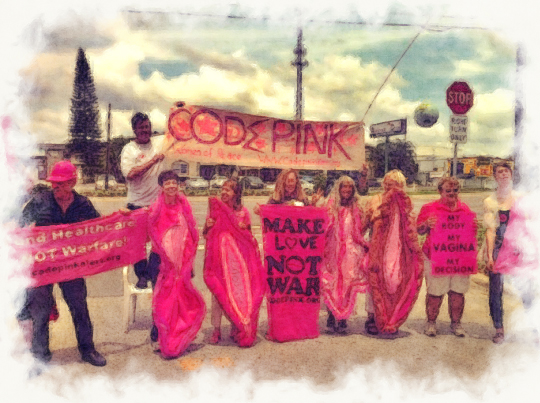 “Clowns are the pegs on which the circus is hung.” — P. T. Barnum

Only in America would a disgruntled bevy of strident and vulgar females dressed as giant pink vaginas march into the nation’s capitol, their numbskulls stuffed into “pussy” hats, and expect to be taken seriously by anyone other than the Democrats and the mainstream media.  Saturday’s exhibition of mass distaff mental instability  wasn’t a protest as much as it was a chaos of narcissistic and insufferable liberal idiots, flim-flammed into existence by, among  others, a hijab-wearing Muslim harpy: 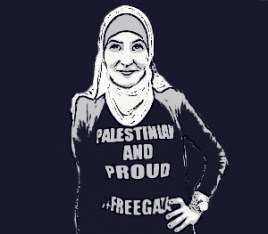 Despite the sea of pink p**sy caps seen on worldwide streets during the Big Women’s’ March yesterday, the pink cap was not the real symbol of the march—the Muslim veil was. The Muslim veil and a hijab made out of the highly revered American flag were the real symbols of the day. There was one march organizer far more worrisome than Mama Michael Moore, the blow-the-White-House-up wishing, F-bomb spewing Madonna, or any of the other screaming meemies out on the streets, who, in the grander scheme of things,  were only the bit players. Veil wearing Linda Sarsour, who has ties to terrorist organization Hamas and who openly advocates for Sharia Law in America,  was well hidden by the mainstream media, who kept bit players like Moore in the spotlight. For all of their noise, for all of the sea of pink p**sy caps, the 2-million strong worldwide march was never really about getting even with the 62 million who voted in Donald J. Trump as president, even though some of the naive protesters may have been totally unaware of it, it was about bringing Islam into the power of the White House. Sarsour, who has provable ties to the terrorist organization Hamas, wants to bring America under the strictures of Sharia law and wants President Trump replaced by Democratic National Committee chair, Rep. Keith Ellison. Mama Moore, Rosie O’Donnell, Madonna, Ashley Judd, Jane Fonda et al are merely her foot-soldiers. (The Muslim Veil, not pink p**sy cap was the real symbol behind Big Women’s March) 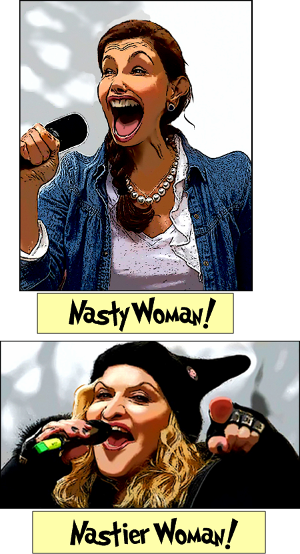 As theater, the Harpy’s March was just as entertaining as an evening of pro wrestling, with the recently inaugurated Donald playing the part of the “heel“, and B-list celebrities like Madonna and Ashley Judd the heroic, if wildly frothing, “faces“.  A morally superior good time was had by all the giant pink vaginas. But, alas, not all was as innocently loopy as it seemed, as the picture below indicates. 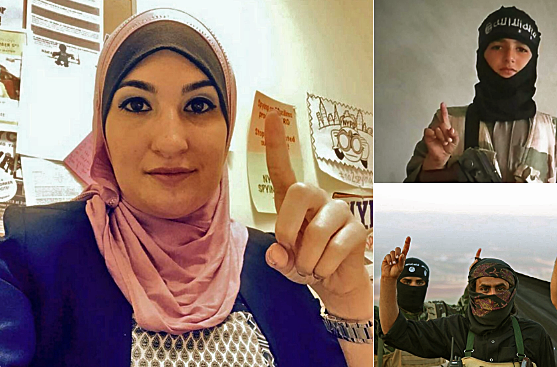 And for the Nastiest Woman of ’em all — I believe we have a winner.

3 Responses to The Nasty Girls