“The Biden administration is planning to use the full force of the federal government in pursuit of a new war. Its target? American citizens…With Trump toppled, the riot among non-leftists provided the catalyst for completing the total war on the true objects of the ruling class’s ire: dissenting Americans. ” — Ben Weingarten

“American democracy is at the lowest point in its post-segregation history: corrupt elections, abdicated courts, cowardly legislators, dishonest media, a prosecutocracy that terrorizes the whole country and wins 99% of its cases (95% without a trial), crumbling standards of education, skyrocketing crime rates, and a president-elect who looks and sounds like a waxworks dummy who has in his over-long career faced in all four directions on every major issue.” — Conrad Black

“Never send to know for whom the bells tolls; it tolls for thee.” — John Donne

Now that half of America’s voting public have been identified as extremists by the nascent federal Gestapo–an extremist, of course, being anyone who refuses to vote for a Democrat–it’s time to assess the damage inflicted on the country since the installation of Doddering Joe into the Oval Office. Every one of the Republic’s backup systems has failed. The national meltdown has commenced, and there appears to be no stopping it.  The Trump-less GOP puts fear only in the hearts of its voters, the legal system has decided that voter fraud doesn’t exist, and if it does, no one has standing to pursue it, the Pentagon is purging its few remaining flag-wavers with trans-gendered social justice warriors who prefer high heels and lipstick to combat boots and camouflage paint, and billionaires who dine on Kobi cows want the rest of us to eat petri dish chicken and burgers made from reconstituted lawn clippings in order to fight “climate change”. 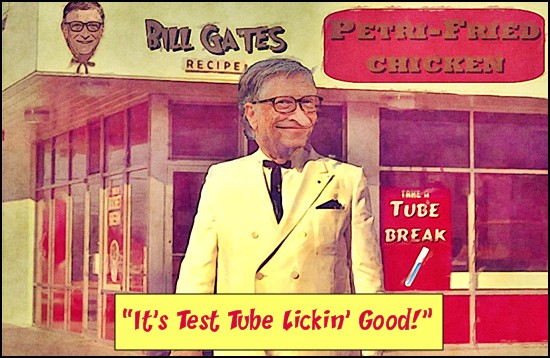 It’s a brave new world brought to you by the terminally woke, a world in which progress is regress, good is bad, and bioprinted 3D chicken nuggets are going to heal the earth. Sanity seems to have flown the coop along with the poultry.

Faux fowl, of course, may be all we get if Biden and his recycled secretary of agriculture, Tom Vilsack, go through with their larcenous scheme to raid the farmer’s relief fund in order to finance left wing climate change swindles.

With the Democrats, “voluntary” means you’re either with them or you’re a domestic terrorist. The nation’s pantries may soon be as vacant as its bank accounts.

3 Responses to The National Meltdown