Despite his sanctimonious posturing, Obama cherishes some refugees a lot more than others:

Iraqi Christians fleeing persecution at the hands of ISIS are being turned away at the American border despite having family sponsors – as thousands of Muslims are granted asylum. At least 27 of the targeted minority, known as Chaldeans, have been held in detention in San Diego since entering through the Mexican border this spring. Now, after months of waiting, 22 have been denied asylum and sent back across the Atlantic to Europe, as another five await a verdict.

In total, America had accepted just 727 fleeing Christians at the start of 2015 – a fraction of the 4,200 Muslims granted asylum – and few since. 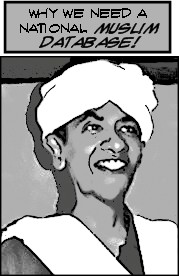